James Ramsay directed the launch of MTV Denmark in 2005.  The project began in Stockholm, with Ramsay leading a network re-branding exercise, redefining the single English-language MTV Nordic service as four separate local language services for Denmark, Sweden, Finland and Norway. With the brand strategy in place, he relocated to Copenhagen to establish the iconic loft headquarters for the new Danish channel. 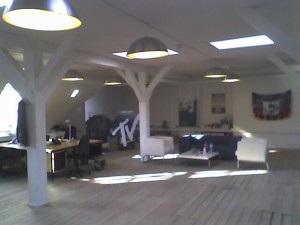 Ramsay lead the local team through the challenging on-air launch phase in May, including the fantastic launch party featuring Foo Fighters in a last-minute venue switch to the Tappernhalle. The event was recorded in HD for as part of the MTV Live series with worldwide distribution.